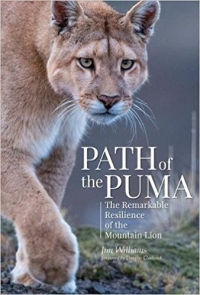 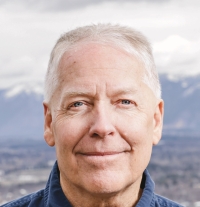 Jim is available for book or motivational conservation speaking engagements for businesses or organizations. Please use Contact page to reach out to Jim for scheduling and inquiries.

Path of the Puma is now available on Audible, Apple Books, Google Play and Audion Books. The audiobook is wonderfully narrated by the author — Jim Williams.

Bozeman, MT- Steven Rinella talks with author and wildlife biologist Jim Williams, along with Janis Putelis of the MeatEater crew.

The MeatEater LIVE tour 2019; the sports car of the cat world; overshooting everything; the adventures of Boana Jim; the GI Bill and how it helped spur wildlife management in America; the Florida panther; how a lion kills; lumpers and splitters; meat with feet; how much room does a mountain lion need?; the grizzly bear that didn’t den; killing livestock; pumas of South America; and more.

PATH OF THE PUMA author and wildlife biologist, Jim Williams, was on Steven Rinella - MeatEater's Podcast this week. Listen to the podcast now: http://bit.ly/2F3dVSL

Tune in to Montana Public Radio's show, The Write Question where Wildlife biologist and author, Jim Williams, discusses his book, PATH OF THE PUMA. Jim will also read a short passage from his book:

LISTEN to the full interview with wildlife biologist and author, Jim Williams, on Montana Public Radio's The Write Question as he discusses his book, PATH OF THE PUMA. 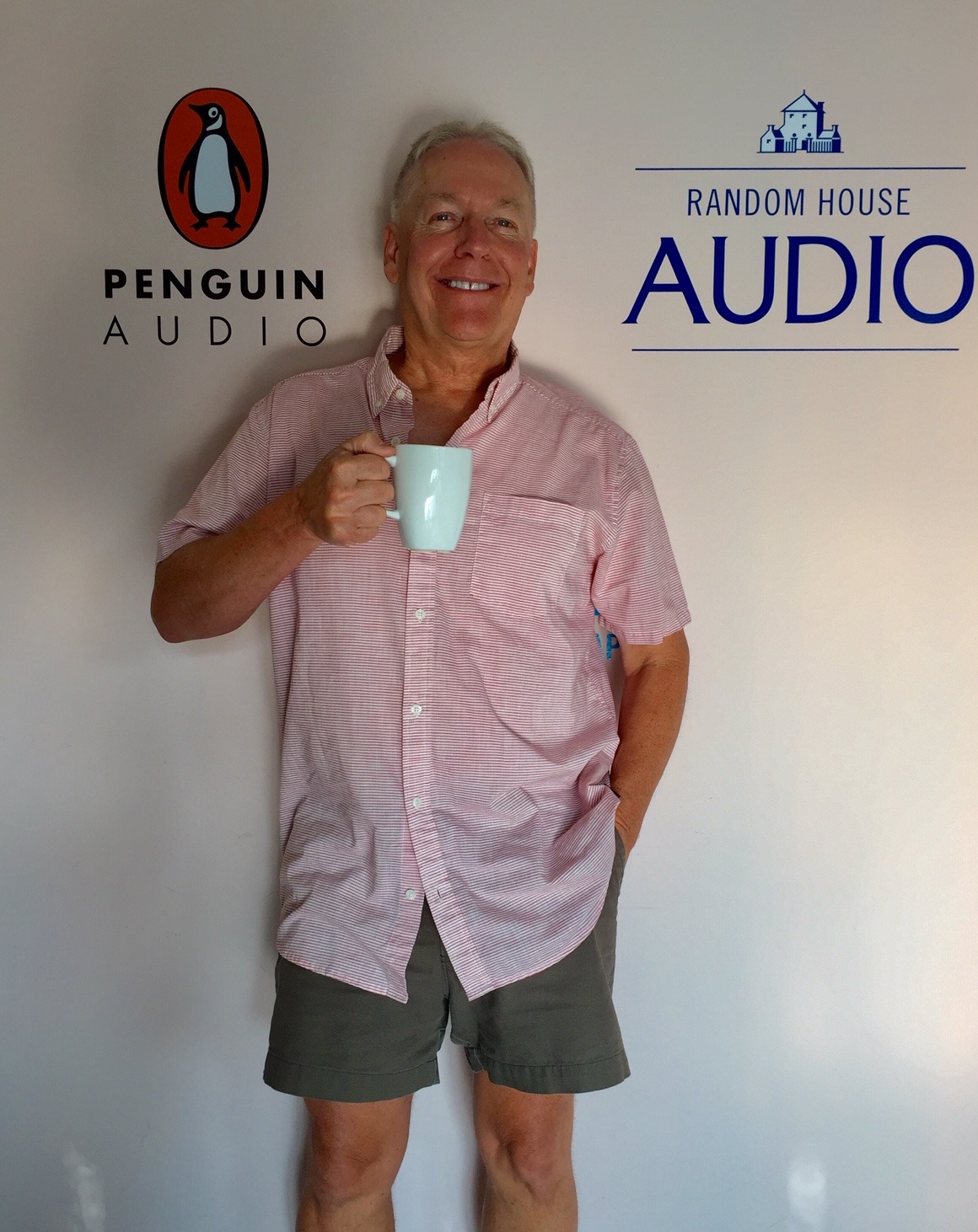 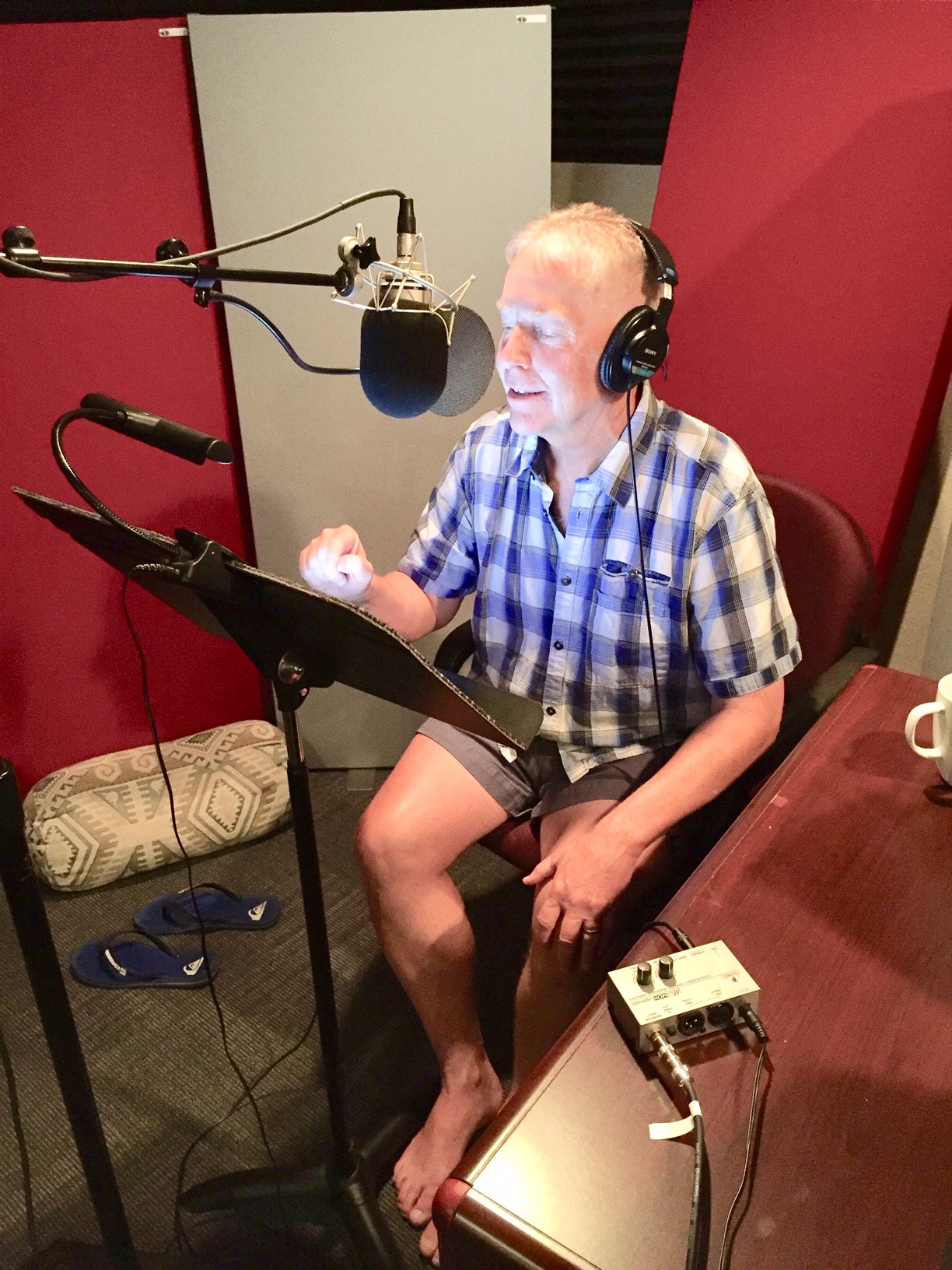 More Media Coverage for Path of the Puma

"The photos in this book are simply stunning...beautifully complement the text. PATH OF THE PUMA is a pleasure to read. Williams writes in a folksy style and is a great storyteller who has many tales to tell and a thorough knowledge of his field. He weaves personal anecdotes skillfully with science, wildlife management, and the politics of conservation. The book is an accessible, informative, and enjoyable look into the work of conservation biologists and rewilders. It provides a good example of what rewilders must do to communicate with the public about what is at stake and what is to be gained from rewilding and allowing wild beings like pumas to flourish." - The Rewilding Institute

PATH OF THE PUMA

The Remarkable Resilience of the Mountain Lion
by Jim Williams

A conservationist with a deep knowledge of pumas writes with infectious enthusiasm about their place in nature.

Williams, a wildlife biologist with Montana Fish, Wildlife and Parks, shares bits of his personal life and his experiences with pumas not just in the Rocky Mountains of the American West, but in Chile and Argentina as well. The path of the puma, known also as the panther, mountain lion, or cougar, extends from the Yukon to Tierra del Fuego at the extreme south of Argentina; half of this work about the most widespread mammal in the Western hemisphere is set in Patagonia. The author fills his account with a host of characters he has known and worked with, including biologists, wildlife managers, hunters, ranchers, and gauchos. He introduces the puma as a silent stalker whose survival—indeed, its growth in both numbers and range—in North America has hinged on its invisibility. By contrast, in Patagonia, he finds that the animal is far more visible and that the conflicts between people, puma, and livestock loom large. Williams describes his role there as the bearer of important lessons of tolerance from Montana, and he describes the changes that are now beginning to restore the region’s ecological integrity. While the book is an undisguised conservationist’s plea, complete with an end-of-book “What You Can Do” section, it is not a harangue. The author’s passion and his firsthand knowledge of his subject make the narrative highly readable. A noteworthy feature of this work is the presence of numerous full-color photographs throughout, sometimes scattered, sometimes grouped together. Of course, the pumas are the stars of the show, but other creatures—bears, sheep, horses, deer, and other wild cats—are also included. The many spectacular landscape photographs are a treasure on their own and worth the cover price.

A handsome book that is well-balanced, instructive, and authoritative.

Path of the Puma: The Remarkable Resilience of the Mountain Lion

In this thoroughly researched and deeply felt ode to the puma—otherwise known as the mountain lion and the cougar—Williams, a wildlife biologist in Montana, shares his expertise and passion for these majestic creatures. Williams has worked closely with pumas, fitting them with radio collars and installing wildlife cameras in their caves. He’s also examined others’ research on the species, such as analysis of their DNA to uncover their relation to other cats and chart their historic migrations. His passion for these big cats is unquestionable, as he amusingly shares his transition from working in a low-rent Fort Lauderdale marine park after graduating from college, to seeing a Discovery Channel special about pumas that converted him into a lifelong devotee of the species. Williams writes movingly of the challenges these animals face, many due to human encroachment on their habitats. He makes a strong case for the necessity of preserving—or at least peacefully coexisting with—the puma. He also includes stunning photographs that allow readers to see these majestic creatures in the wild. Written in accurate yet easy-to-understand scientific language, Williams’s heartfelt and comprehensive offering will appeal not only to wildlife biologists, but to nature lovers everywhere. (Oct.) 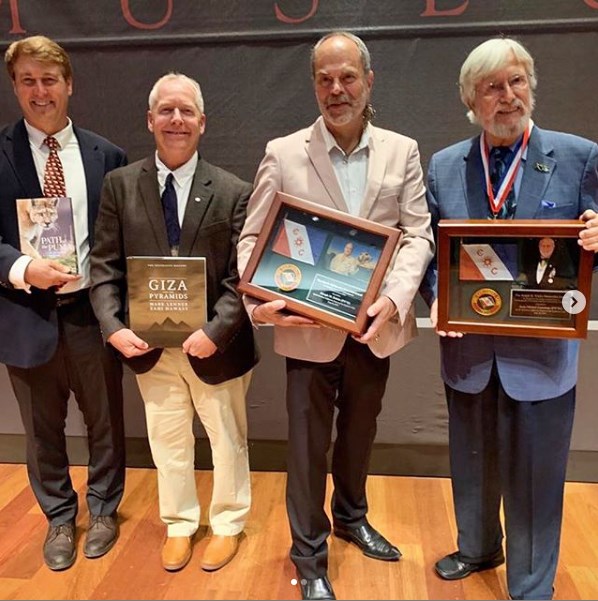 Pumas (also known as cougars, mountain lions, and ghost cats) are the least familiar of North and South America’s big cats. Seldom-seen loners, their numbers are growing even as other species diminish. In Path of the Puma, biologist Jim Williams shares his knowledge, acquired over years spent tracking and studying the cats from Canada to South America. The ways of pumas and their ecosystems are eons old, but our understanding of them—and our strategies for peaceful coexistence—is still evolving.

Seamlessly interweaving information with Williams’s personal story, the book follows Williams south, from his first assignment in western Montana down to a stint in Patagonia. His enthusiasm for nature and animals jumps off every page. This isn’t a book that advocates banning humans from the wild, or a scolding, hand-wringing screed over the “inevitable” loss of species; rather, it sees humans as part of the mix, and it proposes that it is necessary for our own survival that humans coexist with other species.

Williams’s writing is expert, friendly, and interesting. Well organized and clearly presented, information emerges from field work examples, such as the tracking studies that showed that pumas feed almost exclusively on wild prey rather than domestic herds. That information meant that only a handful of tagged and identified cats needed to be relocated to remote areas.

The book is exceptionally well-produced, durably bound and with dozens of full-page and full-spread color pictures. Final pages include a list of organizations that support wildlife and wilderness conservation, and there’s an especially helpful section on what to do if you encounter a puma in the wild.

Jim Williams’s fascinating and inspiring Path of the Puma tracks mountain lions and their place in the ecosystem, showing what can be done to preserve their habitat while enjoying our own. 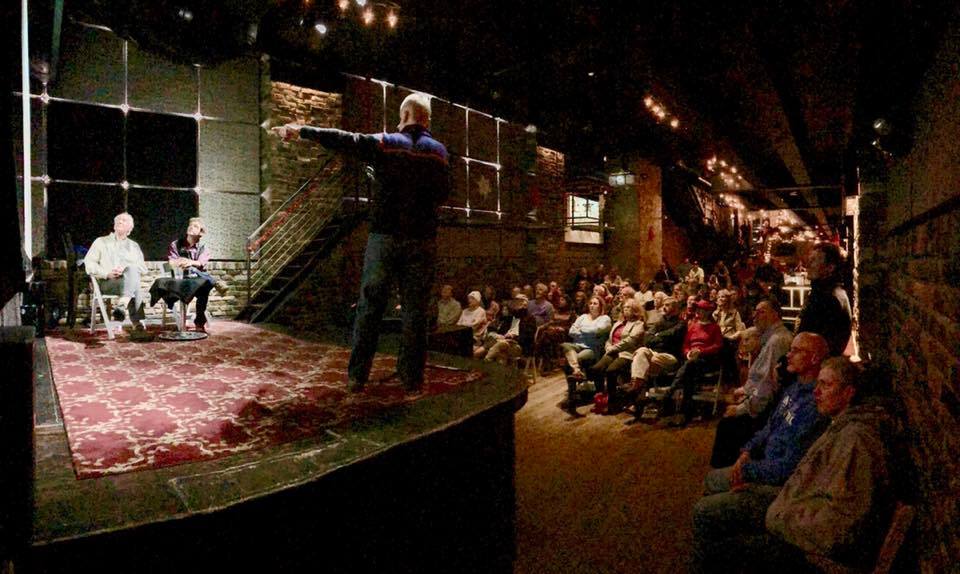 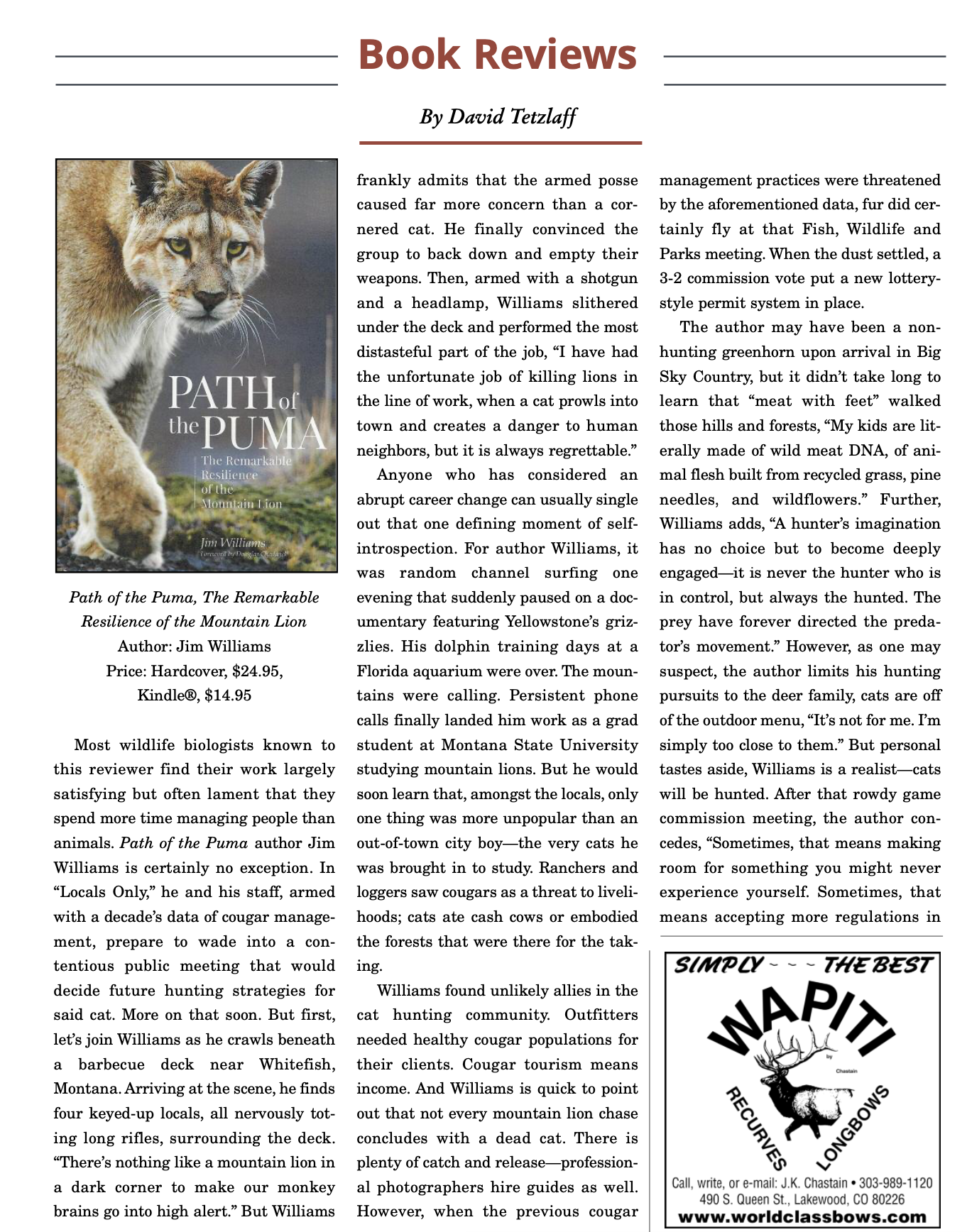 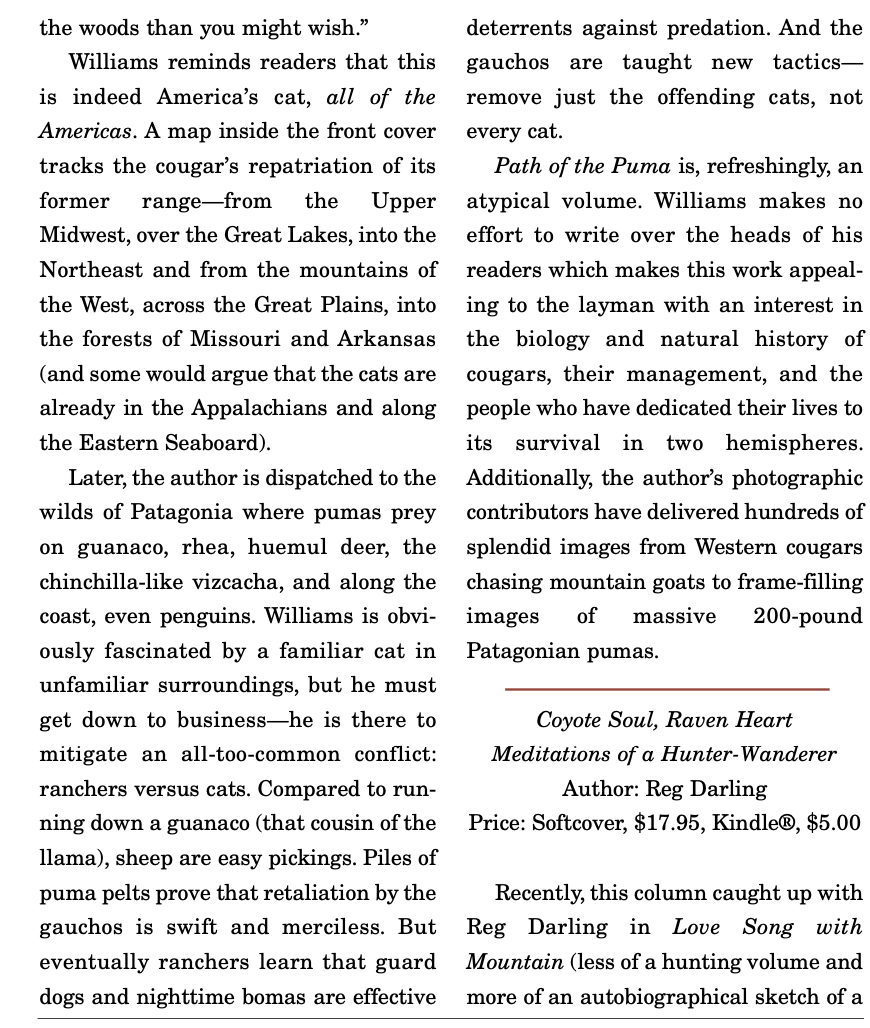